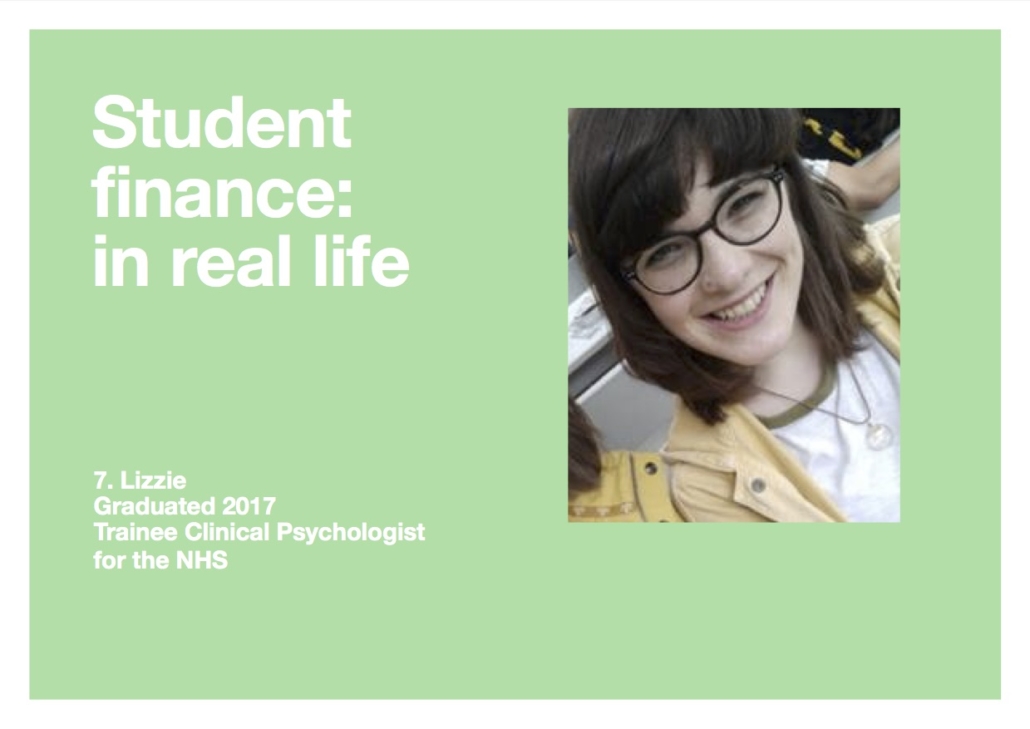 In this instalment of our Student finance: in real life series we speak to Lizzie, who graduated from The University of Manchester in 2017 with a BSc in Psychology. Lizzie found applying for student finance “really confusing” but it “didn’t cause her as much stress as she thought it would” during her student days. She’s now a Trainee Clinical Psychologist for the NHS and says uni was definitely a good investment for lots of reasons…

I felt generally quite naive about money – all I really knew was £10 was good pay for an hour at my weekend job, and £5 was not. Student finance was very confusing for me, and applying for it would have been a right nightmare without my sister’s help. I was aware that I wouldn’t have to pay anything upfront though, and only pay it back in bits. That was reassuring.

It has a bit – it feels all a bit less safe since the terms and conditions slightly changed. But to be honest, I don’t know the details of that. I guess the one thing I’d say is that it didn’t cause me as much stress at uni as I thought it would.

My interest has piled on and my debt is pretty big, but it doesn’t really bother me. I decided not to think or worry about it. I pay off a small amount each month with my payslip, but I don’t even know exactly how much that is. It’s small and it doesn’t affect my life. It doesn’t feel like being in real debt, and it doesn’t stress me out.

Yes. I remember not being sure before I went (quite soon after the fees went up to £9,000), but it turned out to be a good investment for me. I think it does for a lot of people, for both the academic stuff and the non-academic stuff. It opened up so many opportunities, brought me to a subject and eventual career path I love, and gave me loads and loads of great experiences. It was definitely worth it.

A History of Widening Participation

Scheme of the semester: MDAS
Scroll to top